Few of today’s San Mateo County residents know exactly where Camp Fremont once stood, but for about 18 months, from July 12, 1917 until it was dismantled in early 1919 it was a teeming World War I Training Camp. At it’s peak nearly 27,000 personnel were resident on the base. In all more than 43,000 soldiers passed through the little town of Menlo Park (former population 2300).

Country living was disturbed by the sounds of guns, canon and grenades exploding as troops trained for their eminent war duty. Menlo Park was chosen as the training site due to it’s similarity to the French terrain where troops were supposedly heading. Located from the El Camino Real to the Alameda de Las Pulgas and from Valparaiso to the San Francisquito Creek, Camp Fremont covered approximately 25,000 acres (15 Square miles).

Besides cavalry and infantry there were horses and mules which were housed further east at the 332nd Auxiliary Remount Depot on Ravenswood, near the camp hospital. Of the 16 training centers erected by the War department, Camp Fremont was the largest east of the Mississippi. Every idle carpenter on the peninsula was put to work. In all more than 700 men were put to work turning over 100 railroad cars of lumber into temporary buildings. Barracks consisted of wooden floors and sidewalls topped with canvas tents. Camp Fremont’s tent city covered more than 1000 acres. 150 Southern Pacific workers laid spur track from the main line to the middle of camp. El Camino Real was paved to accommodate the increased traffic, and Menlo Park became known as one of the worst traffic bottlenecks on the peninsula..

Suddenly every available store front was occupied by merchants from throughout the Bay Area. A movie theater, post office, church and library were built. Beltramo’s Winery and all taverns within 5 miles of the base were declared dry by order of the army and the county. Sequoia High School opened a branch on the base offering classes in English, arithmetic, shorthand, typing and accounting but low attendance caused the program to fold.

Stanford University, worried about the proximity of so many men to their co-eds, stopped their objections when two companies of soldiers were assigned to the duty of making sure that no soldiers invaded Stanford’s borders and no Co-eds infiltrated Tent City. Shortly after the building started the war department halted the effort for three months. The original troops, the 41st Infantry Division National Guard from Washington, Oregon, Idaho and Wyoming were moved east to Camp Greene, but then the 8 Division, Regular Army was transferred in and remained until the dismantling.

The troops which had trained to join the war efforts in France never did reach Europe. Some 5000, however, did serve time in Siberia. Michael Svanevik’s article "When ‘the forgotten army’ went to Siberia", The San Mateo Times, Friday, Aug 19, 1988 pg B3, tells a little of the tale of the Siberian intervention.


In Dec 1918, just 18 months after it was erected Camp Fremont was abandoned and the land reverted to it’s previous owners. During those short months 43,000 men had been trained. But the efforts of the 8 Army Corp of Engineers had permanently changed the once rustic town of Menlo Park.  Paved roads, water and gas services encouraged new growth. Another legacy was the more than a million pounds of lead that were removed from the hills as they were developed.

Today a few remainders of the 1000 plus Camp buildings dot the landscape of Menlo Park. The popular McArthur Park restaurant and the Oasis Beer Garden are housed in remnants of the vast camp and the Veterans Center on Willow Road was the base hospital.

Many of the 43000 men who served at Camp Fremont were recent emigres to the United States. In accordance with legislation passed at the time of the Civil War, the naturalization process was changed to honor their efforts for their new country. In all nearly 3200 men took advantage of the opportunity to become United States citizens before the base closed. SMCGS has indexed the Camp Fremont Naturalization Records.


Read More
Posted by Catht at 9:40 PM No comments:

"John Christ. Was born in Germany (actually Gluckstadt, Holstein, Denmark)  June 8, 1838, and received his education in his native country. He came direct to this coast in 1861, and to San Mateo county during the same year. He ran a boat on the bay from the embarcadero to San Francisco until 1868, when he engaged in the wood, coal and grain trade, which he still follows.  Mr. Christ, before going to California, was a tailor, having left home at the age of sixteen to follow that occupation, his voyages carrying him to many countries.  He married Theresa Putner, and they have seven children, Cornelius, Julia, George, Charlotte, Olive, John and Franz." History of San Mateo County(6)

Besides his warehouse, wood and coal business which was located in Redwood City at Beech and Heller Streets (3), John continued the operation of several schooners.  In 1878 he was elected to the office of town marshal of Redwood City for a two year term. He was reelected in 1882 and from that time on served for many years either as a town trustee or as marshal.  In 1896 he retired from trade but continued living in Redwood City until about 1923 when he moved to live with his daughter, Julia Rathbone, in Kentwood.

John and Theresa had a home at 114 Madison Ave where it met the road to San Francisco (El Camino Real)(3).  They were members of the First Congregational Church and John belonged to the Odd Fellows, the Ancient Order of United Workmen and served as a volunteer fireman. 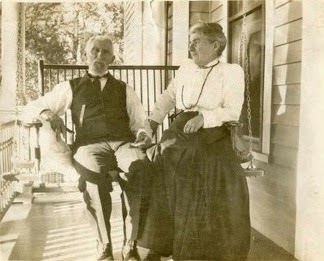 In her History of John Christ, Sue Corso notes, "Longevity of life and good health were some of the blessing of his life, as were his children.  He lived to be over 94 years of age at his passing.  His granddaughter, Florence E. C. LeRoy, remembers that he would walk to town from Lowell Street everyday, when they lived together with her family.This was in the early 1920's."

John and Theresa had nine children and outlived all but two.

It seems likely that this was the mortuary book of James Crowe, who served as the coroner and owned a mortuary. This would explain it being housed with the country records.

Whatever the original intent, what you have here is a recording of some of the earliest deaths (1880s-1920s) in San Mateo County.  This is a full transcription of what is in the book including name, age, birth place, death date, death place, marital status, sex, race, occupation, cause of death, physician, cemetery, date of burial and mortuary.


Check out the other SMCGS Databases and good luck with your research.
Posted by Catht at 4:49 PM No comments: 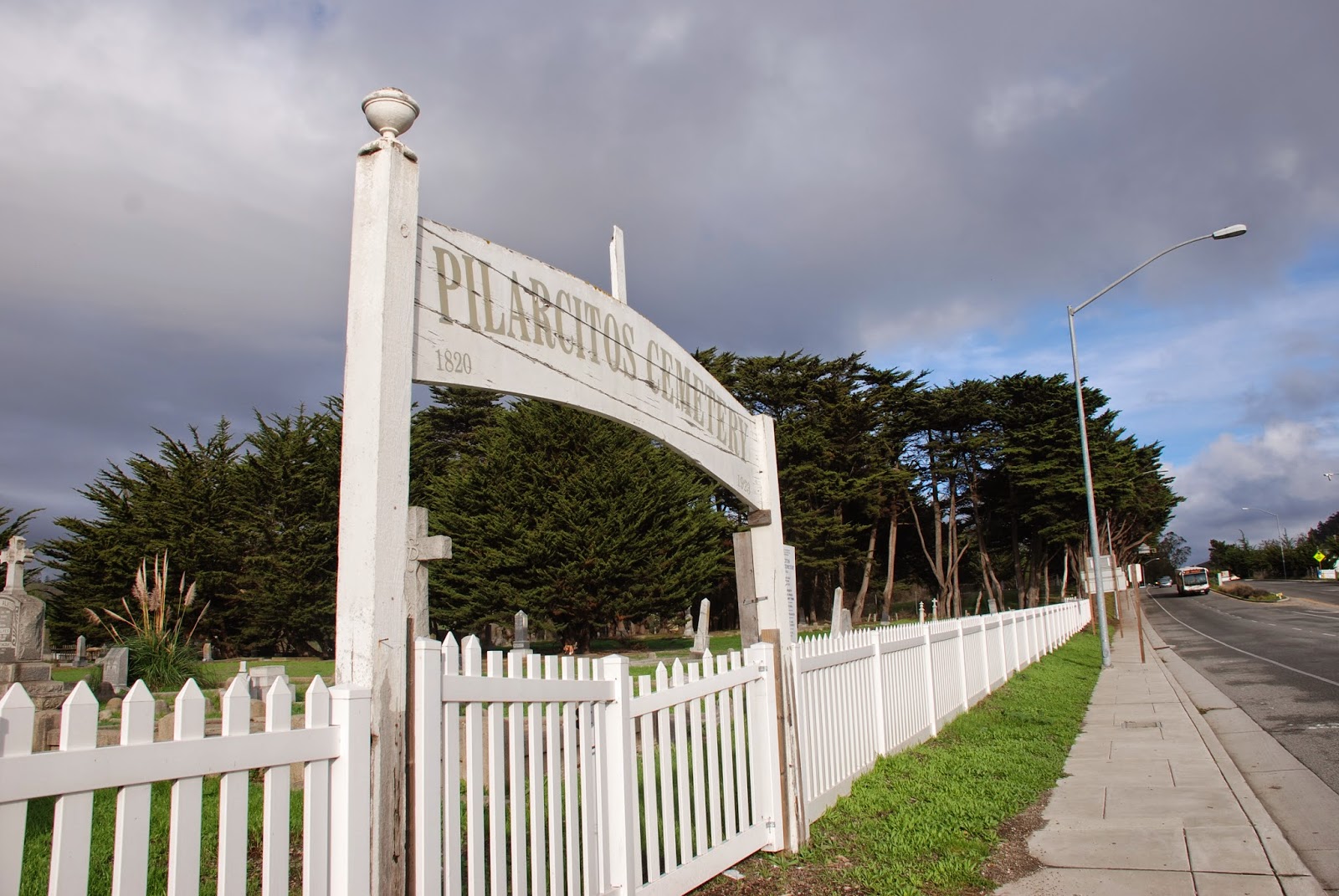 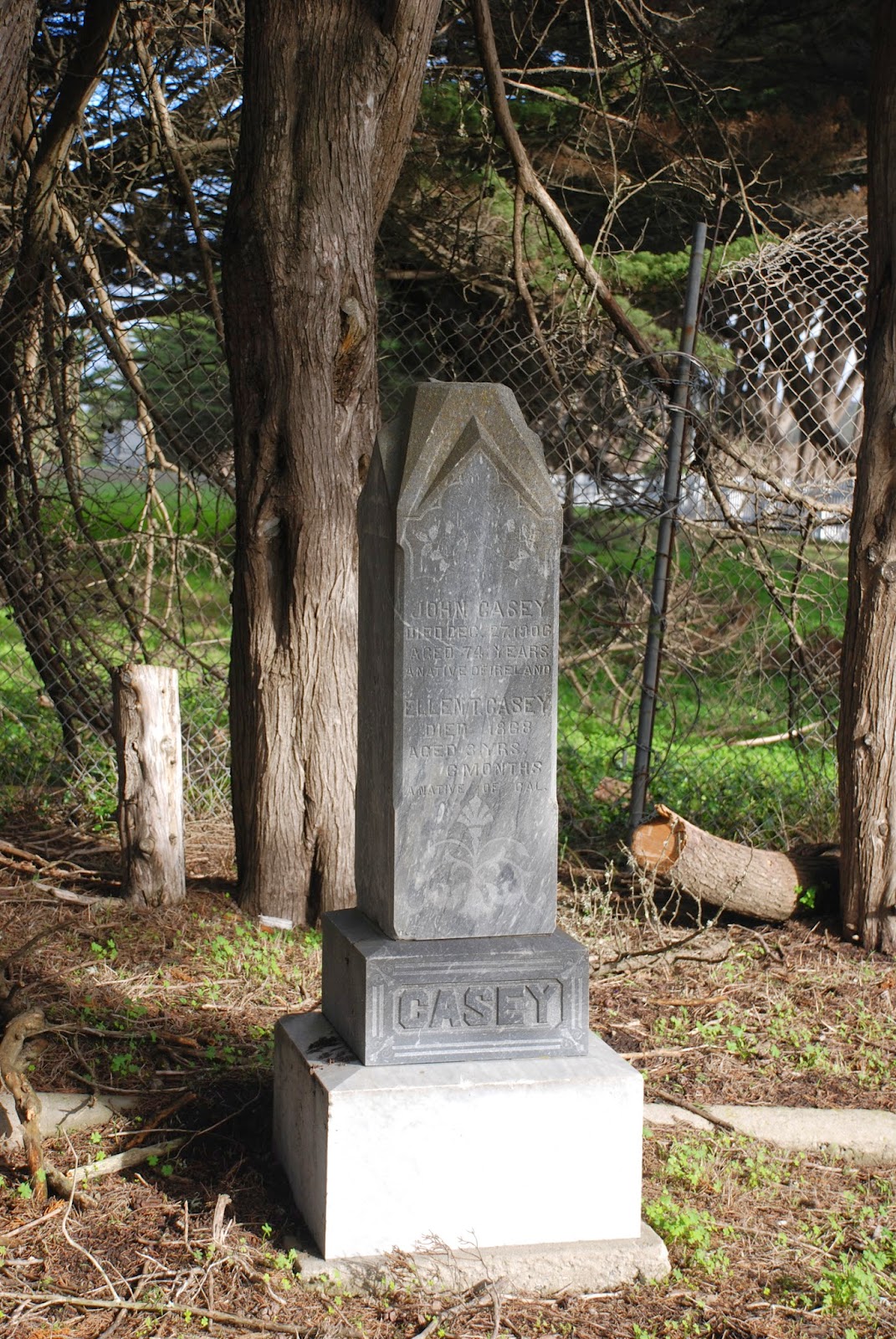