"Hillsborough is located on the Rancho San Mateo Mexican land grant which was purchased by William Davis Merry Howard, son of a wealthy Hillsborough (sic), New Hampshire, shipping magnate, in 1846. Howard settled his family in this area, which attracted wealthy San Franciscans." - wikipedia


In 1910 the members of the Burlingame Country Club felt that the City of Burlingame was threatening their privacy.  On the 25th of April 1910 they held an election and voted to incorporate as their own city.  The actual incorporation took place on the 10th of May.

All was not smooth in that first year of incorporation.  In July the San Francisco Examiner reported that insurgent forces had gone down to defeat in their effort to stop the annexation of a particular strip of land.  That defeat was by a vote of 35 to 31, so quite close.

Hillsborough has no commercial presence.  Lot sizes and zoning regulations were established large estates intended for the wealthy. 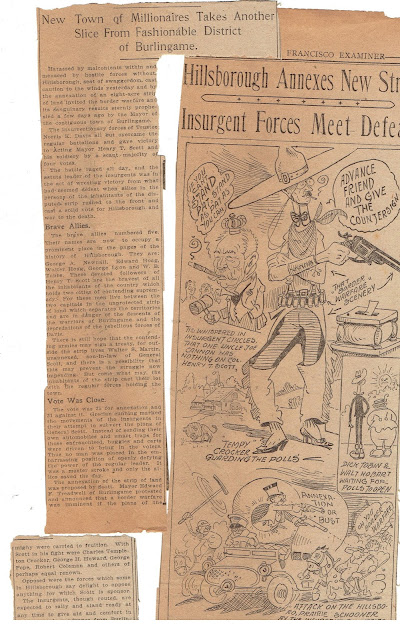 Noting that the zoning laws have varied over the years, with minimum lots of 1/2 acre established in 1953 the Hillsborough official city website goes on to say......
"One of the main attractions Hillsborough has for home buyers is its charm. Hillsborough still offers its escape from the pressures of the city. In addition to its generally quiet atmosphere, Hillsborough has excellent, award-winning public schools, police and fire protection and public works service. These are the qualities that have formed the character of the Town and have remained stable for over 100 years."

Newspapers
Posted by Catht at 11:12 PM No comments: 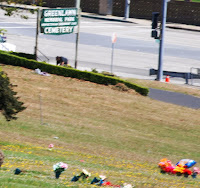 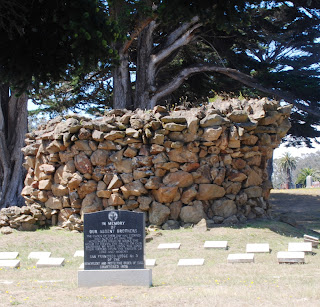 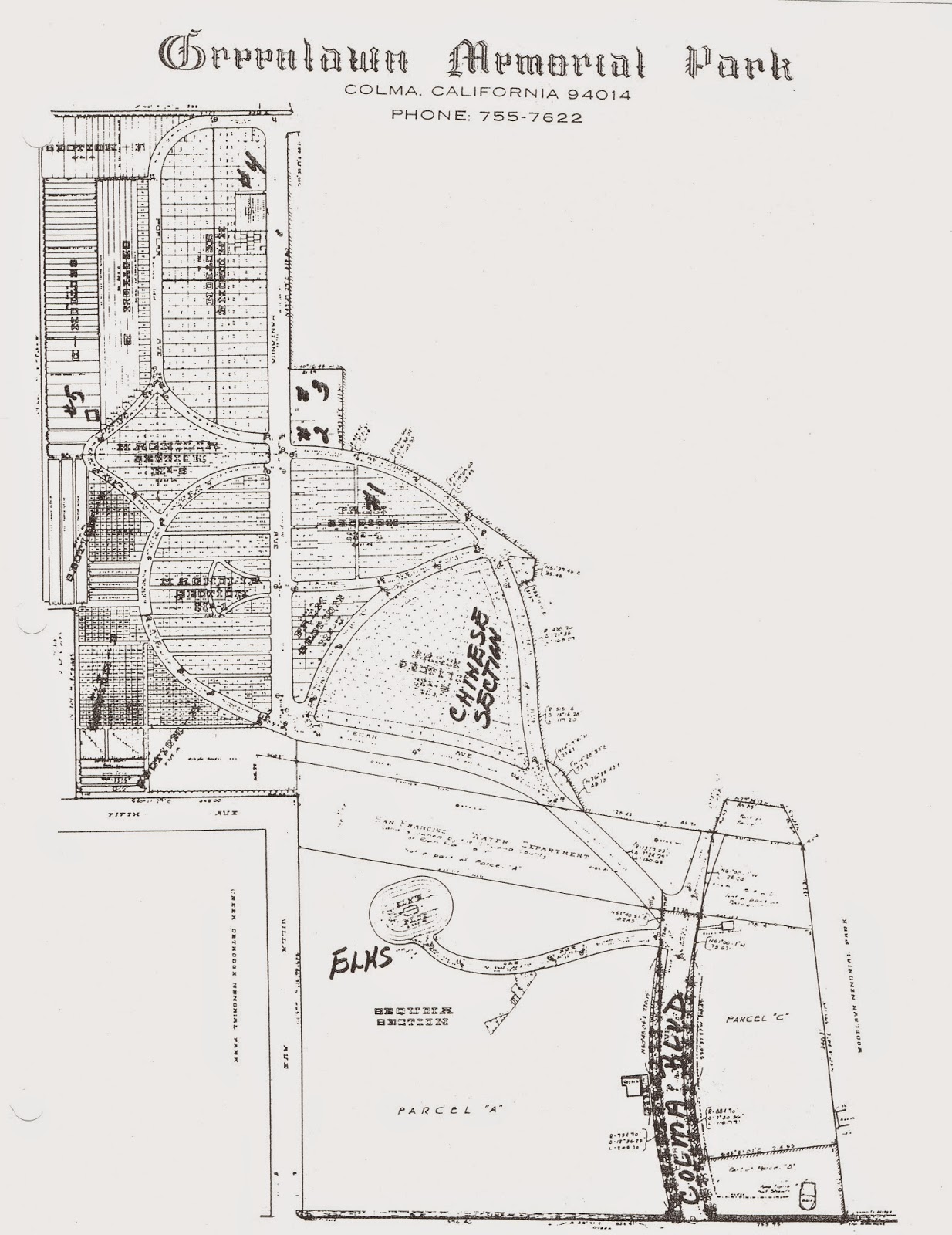 An overview of records located at NARA San Bruno - Part 2

1)     Original Jurisdiction of the Courts – what kinds of cases did they hear?

a)  Original Jurisdiction of Circuit Court
Federal circuit courts were established to serve as trial courts for federal criminal cases, patent & copyright cases, revenue causes, suits between citizens of different states, between citizens and aliens, and civil suits initiated by the US. They had appellate jurisdiction over large admiralty cases and appeals from the district courts.

b)  Original Jurisdiction of District Courts
District courts were established as trial courts for issues arising in the district involving admiralty and maritime cases, minor civil and criminal cases, and cases at common law. A clerk, a district attorney, and a marshal were appointed to assist the judge. 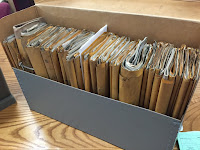 a)   Soot – In a time when the best indoor lighting was provided by gaslights, the soot from the burning gas covered everything. You will find it in the nooks, crannies and folds of the documents. Wash your hands often! Handwritten documents – the handwriting of the clerks, the defendants, the lawyers, and the judge is a delight to read – or decipher! If you can’t figure something out, look at other documents in the file to find the same letters, words, or names, and hope that will help you make a determination. 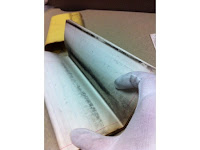 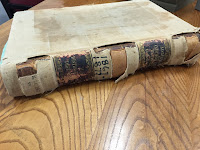 c)   Docket book – This large book has entries for each case showing the dates that actions were taken, a summary of proceedings, including a brief abstract of motions and orders, a record of the fees collected, and a statement of the disposition of the case. This can be cross-checked with the case files to learn more about the chronology of the case.

a)  Transcripts – Word for word transcripts were not a part of court documents at this time. The best document to learn the reason for the case is the complaint/information of the original filing. If there are judge’s notes or notes of testimony, you will learn a little more. If the case was reported in the newspapers, you will find more specific details there.

b)  Not found – In some instances the document file was not found in the box, but there is an entry in the docket book. The information entered in the database is what could be gleaned from the docket entries.

4)   How to request the files   If you find that an ancestor was involved in one of the cases, contact NARA to visit and see the whole file.  NARA Contact Page
Posted by Catht at 7:16 PM No comments:

An overview of records located at NARA San Bruno - Part 1

Federal circuit courts were established to serve as trial courts for federal criminal cases, suits between
citizens of different states, and civil suits initiated by the US. They had appellate jurisdiction over large admiralty cases and appeals from the district courts.

1.   California Federal Courts through the Years  .

The first courthouse opened in 1855 in the Merchant’s Exchange Building on Battery Street. This court considered cases involving admiralty, land disputes, and public order. In 1866, California became one judicial district and in 1886 it was divided again into Northern and Southern districts.

c.   In 1855, the US Circuit Court for the Districts of California was established without a Supreme Court Justice to preside. This court had the same jurisdiction as other federal circuit courts. It met once a year in San Francisco, with special sessions as necessary. Matthew McAllister served as the judge until 1863; his salary was $4500.


d.  In 1863, the California circuit court was abolished and Congress created the Tenth Circuit and appointed a Supreme Court justice to serve that circuit. The first justice to hold that position was Stephen J. Field. Jurisdiction included California and Oregon. In 1865 Nevada was added. The Tenth Circuit was abolished in 1866 and California, Nevada, and Oregon were assigned to the Ninth Circuit, with Lorenzo Sawyer as the first judge. California remained in the Ninth Circuit, with further states added in succeeding years.

History of the Federal Judiciary