Have you visited Green Library Lately?  We have a wonderful genealogy library here in the Bay Area at Stanford, no airplane tickets required.  The Trinity Monday Genealogy Club recently had a field trip to the library, notebooks in hand.  Here are some of the highlights: 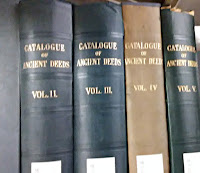 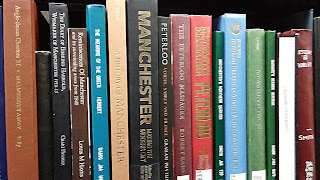 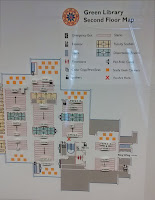 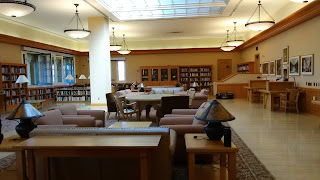 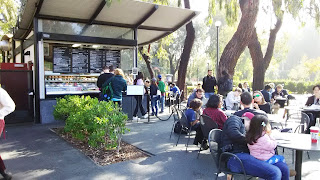 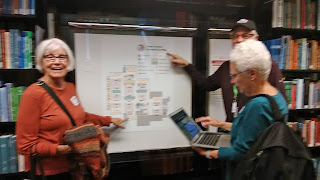 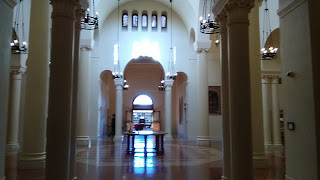 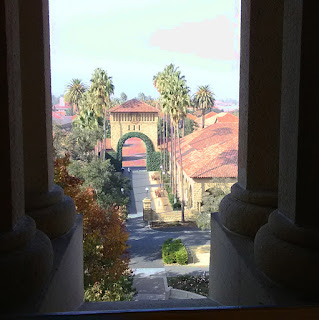 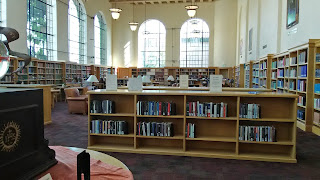 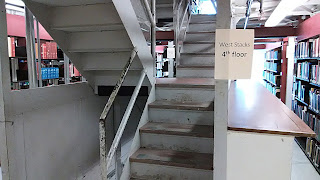 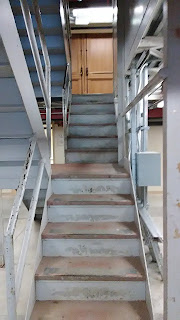 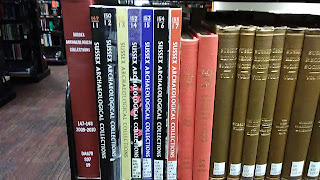 Visitors have library access for seven free days each year. Visitors must register and present a government-issued photo ID.

Posted by Maggie at 8:24 PM No comments:

I have been a member of the Italian Catholic Federation (ICF) at Our Lady of Mt Carmel in Redwood City since 1984.  I joined that Branch (even though I am a parishioner at St. Pius Church in Redwood City) because my sister was a member of Branch 6.   The number 6 indicates the branch at Mt. Carmel was the sixth branch to organize over 90 years ago.  We used to have “polenta” dinners twice a year as fund raisers.  Polenta is coarse corn meal served hot with gravy.  By gravy I mean red sauce (bologanese).  My family always called it gravy or sugo in the Sicilian dialect.  Sicilians aren’t known for making polenta; that’s a specialty of Northern Italians.

The Branch 6 ICF gravy was especially good.  When I first joined, Mary Conlin and Catherine Alessandri made the gravy for our dinners.  We retired Catherine from making gravy when she reached 92.  Mary had moved to Fort Bragg with her daughter and son in law.  Catherine gave us the recipe, and we were able to carry on.  The gravy was so good, it even won a blue ribbon at the San Mateo County Fair one year.   The RECIPE made six gallons of gravy.  Catherine made half, and Mary made the other half.  Catherine didn’t like garlic, so she omitted it.  Mary added extra to her batch.  Mary didn’t like mushrooms, so Catherine took care of those.  The two batches were combined in a large pot and was always really good.

Our dinners also had salad, rolls, chicken, Italian sausage, and dessert.  The salads were served first; and then chicken and Italian sausage with the polenta.  We used to serve two sausages, but changed to one to cut down on waste.   We’d have as many as 12 waitresses take two plates at a time and serve the salad, main course and dessert to our guests.  The most to ever attend a dinner was 220 one year.  Boy, were my legs tired after that.  Lots of walking.

For the salads, we used bags of pre-washed salad from Costco to which we added Italian dressing (oil and vinegar).  To each salad we added slices of salami and mortadella, sometimes pepperoncini, and usually olives.  We couldn’t start the salads until half an hour before dinner was to start (or they would get soggy).  Making 200 salads in half an hour is not easy.  One person was in charge of “quality control”.  It’s easy to miss the olives or mortadella.

I always thought it was funny that the women didn’t actually do any of the cooking.  We just made the salads.  Well, we did make the gravy, too.  The men cooked the polenta in HUGE pots, taking turns stirring with what looked like a wooden hollowed out baseball bat “spoon”.  When I started Ivan Dei Rossi was the chief polenta cook.  An older gentleman named Bill Eva always came to the dinners.  He’d usually tell me, “Tell Ivan the polenta was delicious”.  Being the good girl I am, I’d tell Ivan.  After a few years, I asked Ivan why Bill always wanted me to tell him that the polenta was good.  Ivan told me Bill (who was retired from the Piasano Bakery) taught him to make the polenta.

The favorite dessert for our dinners was cannoli from Romolo’s on 37th Avenue in San Mateo.  People just loved them.  If you know Italians, you know most of them are very careful with money.  When the cannoli cost us more than $2/each (or as Nancy Van Tricht used to say – more than the chicken) the powers that be looked for less expensive desserts.  They were reluctant to raise prices too much.  It was thought those careful Italians wouldn’t want to spend more on the dinners.  We tried mini cream puffs, cakes from Smart and Final, but none equaled the cannoli in popularity.  We should have just raised the price and served cannoli.

My co-worker, Wanda Wong, helped us serve at many of the dinners.  When she first started helping, she told me a lot of people were asking if she was Italian.  (She’s not.)  I told her to say, “I am tonight”.  That worked.  We were very happy to have her help.  I also told her to do whatever Nancy and Jeanne (Nancy’s daughter and Catherine Alessandri’s granddaughter) told her to do.  Nancy and Jeanne were kind of bossy, but they’d been serving polenta longer than me, and someone had to be in charge or there would have been chaos with all those Italians working.
In the 80’s and 90’s we would have music and dancing at the dinners.  One of our members, Angela Szymanski (married to a Pole) was an excellent dancer.  She and Bill could really “cut a rug”.  I used to like to watch people doing the “chicken dance” and then the Macarena.  In the 2000’s there were fewer people dancing and fewer people coming to the dinners and fewer servers, and we cut out the music.

We’d also have raffles with “prizes” at the dinners.  We’d sell tickets – so many for $5, $10, or $20.  First we’d just draw tickets out of a bowl and pick a prize and give it to the winner.  Our later practice was to put a container in front of each gift, and people could choose where to put their tickets and which prize they wanted to win.

Money (profit) from the dinners went to Scholarships.  The ICF gives out first-year scholarships to high school seniors every year.  There are also second, third, and fourth year scholarships awarded as well as scholarships for Italian studies majors.  The ICF national charity is Thalassemia – Cooley’s Anemia, and we make a donation every year to support research on this disease which afflicts those from the Mediterranean – Italy, Greece, Malta, etc.


Brown the beef and sausage; breaking up the meat into small pieces.  Remove from pan.  Add onions first then garlic and cook until onions are no longer translucent.  Remove from pan.  Cook the mushrooms (sliced) till brown.  Add three types of tomatoes and spices.  If desired, add the red wine.  Add at least 1 #10 can of water.  Simmer on the stove for a couple of hours.
Meat can be omitted, and meatballs used instead

Posted by SMCGS Publications at 8:15 PM No comments: 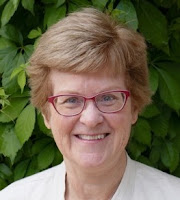 No one method can address each and every brick wall problem, so we’ll cover several techniques to help you get unstuck and move your research forward.


Dec 2019 – No meeting, please take this time for Membership renewal or to join. 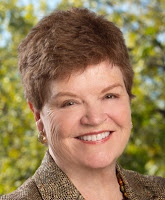 Jeanne MacVicar is from Clyde, Kansas, where her great aunt Great-Aunt Adeline Trowbridge arrived in 1911 at age 3 on the Orphan Train. Jeanne came to California in 1970, was a school teacher, but now is a real estate agent in Los Altos. 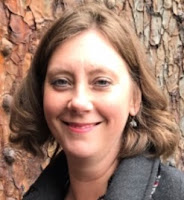 Come aboard and discover the history of the Titanic from design through on-board life to disaster. The genealogy of Titanic descendants, both victims and survivors, will be highlighted including the modern-day genealogy center in Belfast, Northern Ireland. Titanic collectibles will be displayed.

Everyone is welcome at SMCGS events.  Meetings are free
www.smcgs.org

Lisa Louise Cooke is a world-class genealogy speaker, and the producer and host of The Genealogy Gems Podcast and the Genealogy Gems app. Stay tuned for upcoming announcements on the topics for the SMCGS Spring Seminar 2020.

Posted by SMCGS Publications at 8:14 PM No comments: