Nestled between San Bruno Mountain and the San Francisco Bay,  at the southeast corner of the Guadalupe Valley,  Brisbane consists of 3.1 square miles of land and 17 square miles of water, the Brisbane Lagoon.  A portion of the Rancho Cañada de Guadalupe la Visitación y Rodeo Viejo which also included San Bruno Mountain, the Visitacion Valley district of San Francisco and Bayview district in Daly City, Brisbane was originally platted in 1908 with the name of Visitation City.


The hope was to draw those who had been displaced by the earthquake to the area which was easily accessible by the Southern Pacific Railway line that ran just east of the site.  Originally the railroad planned extensive terminal facilities just north of town, with plans to employ over 1000 workers.  The panic of 1907 delayed those plans and the relatively high cost of the platted lots contributed to the very slow growth of the area.

In the 1920s Arthur Annis, stating that the name Visitacion City a handicap as it lay too close to the San Francisco district of the same name, proposed the name Brisbane instead. Conflicting stories state the name came from the port city of Brisbane, Queensland (Annis' daughter's version) or from newspaper columnist Arthur Brisbane who had a home in the area.

The railroad yard was finally built during World War I but it wasn't until 1929 that the area began to grow.  Annis sold lots during the depression by offering payments as low as $16 a month. By 1933 there were more than 400 homes.  Soon the area had a Fire Department, a resident physician, churches and numerous civic and social organizations.

Brisbane is known as the City of Stars because of a holiday tradition established over half a century ago. At the start of the Christmas/Hanukkah season, many residents and business owners place large (3'-8') illuminated stars, on the downhill sides of homes and offices throughout the city. The Chamber of Commerce has been active in enabling the stars to be given out free of charge to both businesses and residents since it's inception in 1944.

Posted by Catht at 8:50 PM No comments: Links to this post

Email ThisBlogThis!Share to TwitterShare to FacebookShare to Pinterest
Labels: Brisbane 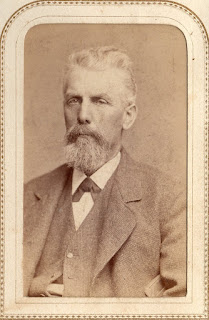 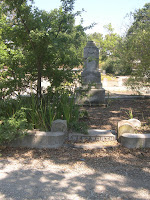 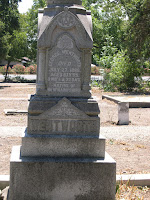 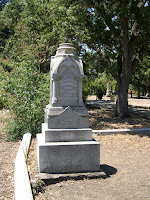 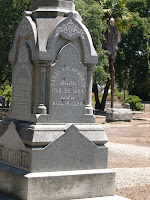 Posted by Catht at 9:21 PM No comments: Links to this post

One of the earliest projects undertaken by SMCGS was an index of marriages through the year 1900. A few years ago we decided to create a database from that original index, add some details and perhaps add a few years.

Russ Brabec, Barry Goyette, Jo Rebuck, Walter Castor, Norma Sheehan, George Zinckgraf and Cath Trindle worked on the project adding residence, and adding the years 1901 through 1948.  This was no lightweight project, it took a few years.  The cutoff date coincided with the beginning of the statewide index of marriages which is available on microfilm and on various genealogical websites.

FamilySearch subsequently scanned some of the Marriage License Applications for San Mateo county.  This is not the same record set, but used in conjunction with the index above you might be able to find the record by date.  San Mateo County Records on FamilySearch.

Records can be obtained from the San Mateo County Recorder's Office.

Check out the other SMCGS Databases and good luck with your research
Posted by Catht at 10:03 PM No comments: Links to this post

Everyone has heard of the multitude of cemeteries in Colma, but adjacent Daly City has four active cemeteries, one inactive cemetery and one cemetery that was never developed.  The lands for these properties were acquired from the descendants of two Irish-American families, Bridget and Patrick Morgan Brooks and Elizabeth and Owen McMahon.  These two pioneer families held land comprising today of southern Colma, northern South San Francisco and southern Daly City.

During the last decade of the nineteenth century, as civilization marched westward through the Western Addition and the new district known as the Richmond, the “City Cemetery” and others became a target for closure by residents and developers.  Situated above Lands End, the former cemetery is now occupied by the Veterans Administration, the Palace of Legion of Honor and Lincoln Park and its golf course.  The cemetery was home to a number of ethnic groups and organizations along with a section for paupers.

The Chinese Cemetery bounded by Arguello, California, Euclid and Palm (or Jordan) Streets was also affected.  The Ning Yung Company had on its books fully one-half of all Chinese in the United States.

The closing date for burials of 01 March 1898 was extended to 01 April 1898 to provide time to locate property elsewhere for burials in San Mateo County.  The undertakers feared a backlog of burials on the horizon and immense disposal problems.  The Hagan brothers started acquiring lots in a block in the Abbey Homestead across from Cypress Lawn Cemetery (Sunset Cemetery) on the east side of Hillside Boulevard to be used for paupers.  The Serbian, Jewish and others followed to Colma.

The Chinese, victims of discrimination, had no such opportunity in the Colma cemetery area.  Ellen Maria McMahon Barry, daughter of pioneers Elizabeth and Owen McMahon, sold 40.17 acres on 21 February 1898, for a Chinese Cemetery for an undisclosed amount of money.  This cemetery, now slightly reshaped to 32.326 acres by the development of Serramonte in Daly City, lies at the intersection of Hickey Boulevard and Callan Boulevard.

Pioneer Patrick Morgan Brooks, former County Supervisor, sold 5 acres of land for $2,500 on 25 March 1898, to the Ning Yung Benevolent Cemetery Association including his authorization for establishing a cemetery.  The Ning Yung Benevolent Cemetery Association acquired its 5-acre northern section from J. A. Christen on 18 June 1948, for and undisclosed amount of money.

The San Francisco Call stated “none will be interred but those belonging to that [Ning Yung] society, while other cemetery members will find a temporary resting place until their bones are removed for transportation to the home of their forefathers.

“… The Superintendent of the City Cemetery charged them [Chinese] $2.50 for the opening of every grave against $1.00 to all others who had a grave opened within the enclosure.  The distance of       fifteen miles [to the new cemetery], however, is a matter that annoys them somewhat, as it will cost more to convey the bodies and the funeral eatables for the defunct on his long journey to the land of the rising sun.

“Each cemetery will have a white man for superintendent, as the Chinese do not favor grave digging.

Patrick followed this by selling two acres to the Chinese Christian Cemetery Association on 26 July 1898 for $1,000; sold two acres to Edward Kelly on 09 Dec 1898, which is now know as Chong Seen Cemetery, and appears inactive, and his daughters sold 25 acres to the City and County of San Francisco on 07 February 1905, for $8,750 for a City Cemetery, which was never developed.  This land was on an extremely steep slope on the north side of what is now Hickey Boulevard.      It would have been a pauper’s cemetery, but it is now occupied by other uses.

These five smaller cemeteries were annexed to the City of Daly City on 01 April 1974, so they could have a back up waters supply at in-city rates. 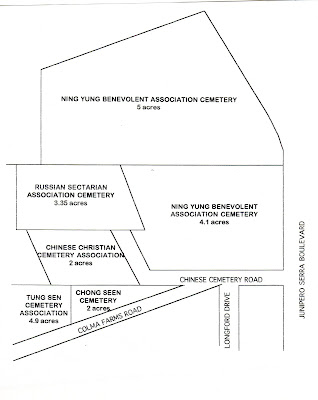