One of the first databases posted on the SMCGS website was the Early Land Records Index.  This index, mainly compiled by Russ Brabec with a little help from Cath Trindle consists of nine volumes of early records. 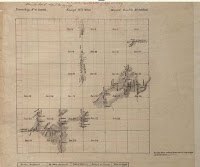 Posted by SMCGS Publications at 7:12 PM