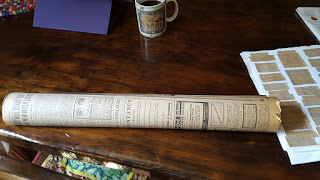 Over 10,000 names have been added to the SMCGS obituary index.  Every obituary in this index is available from SMCGS, see the research page for details.  The collection has grown in the nearly twenty years since the Peninsula Times Tribune gave SMCGS their obituary morgue when they closed their doors from the last time.  That collection, originally in envelopes, was indexed by the SMCGS computer club under the direction of Bob Tousey.  It was later photocopied by Barry Goyette and even later those pages were scanned.  All of those original obituaries came from the Redwood City Tribune or it's successor the Peninsula Times Tribune.

Not long after that collection was received, we received our first batch of obituaries culled from the files of the San Mateo County Historical Association.  In most cases we do not know what paper they were from, but assume most were from the San Mateo Times or duplicates of what we had received from the Redwood City Tribune.  SMCHA has continued to cull files over the years and we have added them to our collection as they are received.  Other minor collections have also been added as thy are received.

The most recent additions come from the Colma Historical Society.  They gave us over 50 years of rolled obituary pages from the San Francisco Examiner (1906-1959).  They in turn had received them from Woodlawn Cemetery.  It is unclear where they had originated. In some cases there were missing obituaries and crosses through others.

We have culled those pages for San Mateo County residents and are turning over the remains to the San Francisco Group of CGS. This project is only half complete, but it seemed a good time to update the online index to include those that are done.