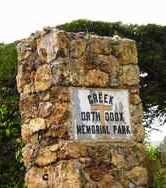 Established in 1935, the cemetery has over four thousand burials on 7 acres  Original Brochure

The Greek Orthodox Memorial Park is the only private Greek Orthodox cemetery in the United States.  Opened in 1935 by Nicholaos Doukas as a place for the Orthodox to be buried together, it caters to all Eastern Orthodox faiths.  It is not a non-profit, thus pays taxes on land and profits. The cemetery was consecrated in 1936 by the most Rev. Archbishop Athenagoras of New York City. 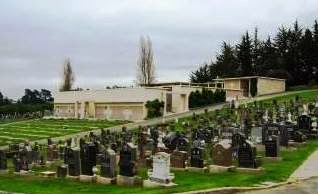 In the early days of San Francisco Orthodox burials took pace in Yerba Buena, Laurel Hill and City Cemeteries.  In 1884 the Greco-Russian community extablished a cemetery bound by Turk, Parker, Golden Gate and North Willard Streets in SF.  It was closed in 1893 as the housing market boomed and all bodies were moved to Golden Gate Cemetery by the next year.

Gradually all SF Cemeteries were closed to further burials and in 1904 the newly founded Holy Trinity Greek Orthodox Church established a relationship with Mount Olivet Cemetery in Colma. A group of plots was purchased in Myrtle section in 1907 and when the "Greek Plot" was filled another group of plots was purchased in Section L.  This was the primary cemetery for Orthodox burials until Greek Orthodox Memorial Park was opened. Tombstones inscribed in Greek can be found in those sections today. 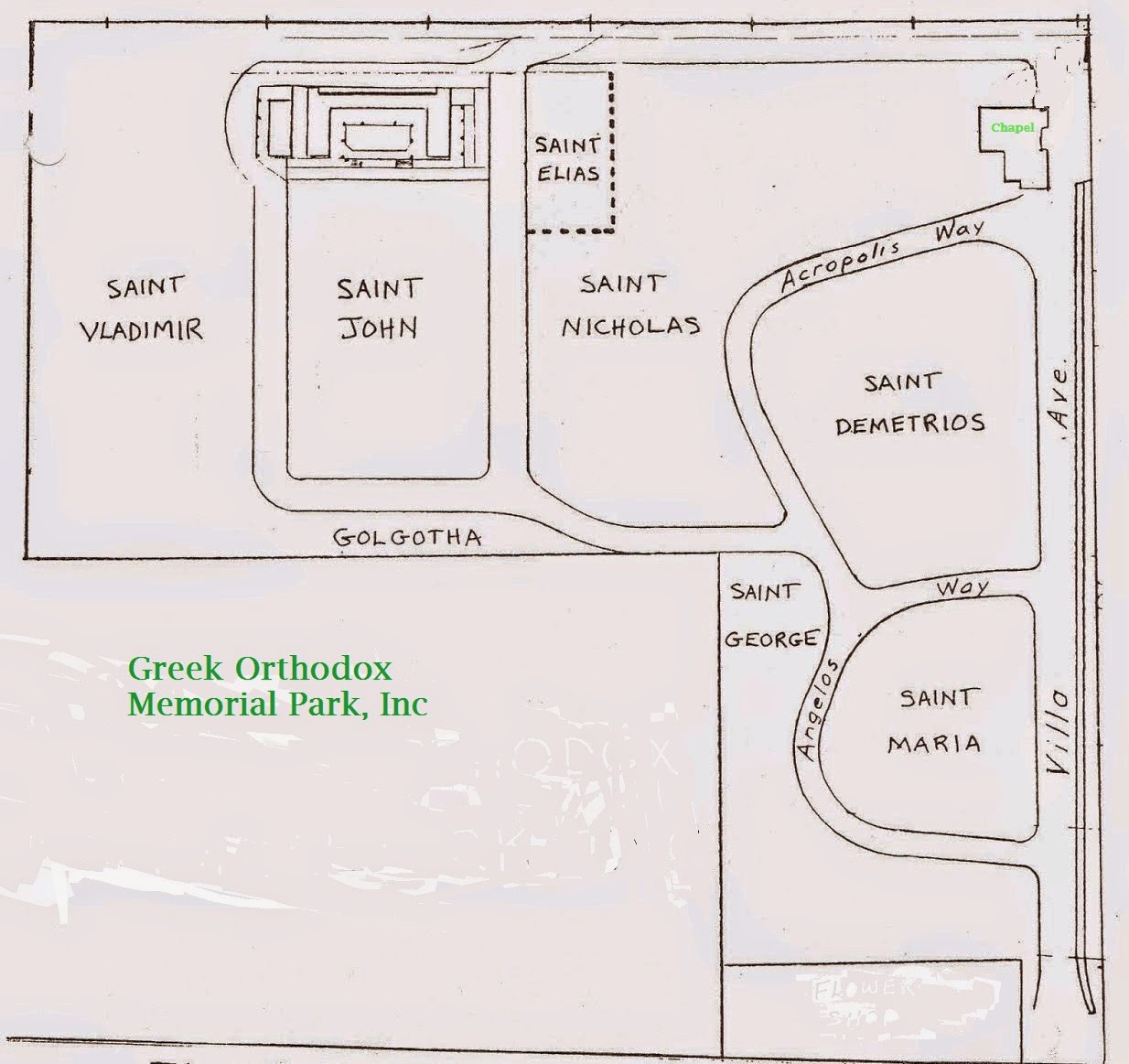 With the opening of the new cemetery, some burials were moved including Father Pythagoras Caravellas, 1890 - 1934

Follow the gentle hills and winding road to the top of the cemetery where you will find the  Eastern Orthodox chapel  which is called the Fountain of Life (Παρεκκλησιον Τησ Ζωοδοξου Πηγης).


Remember that this, like most of Colma's cemeteries is private.  Be sure to check in at the office and check out the rules before wandering about.

FindAGrave lists 492 burials with 44% photographed, this is just a fraction of the burials in the cemetery which has more than 4000 burials within it's seven acres.