Records from the Great Depression 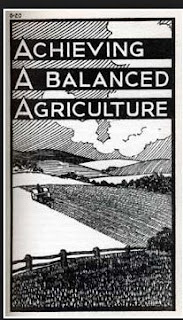 The Agricultural Adjustment Act (AAA) was passed in 1933 under the premise that low farm prices resulted from overproduction. The governments aim was to stimulate farm prices by paying farmers to produce less. The goal was to bring the farmer’s share of national income back to 1909-1914 levels and thus allow them to maintain a steady living.
The AAA identified seven BASIC FARM PRODUCTS: wheat, cotton, corn, tobacco, rice, hogs, and milk. Farmers who produced these goods would be paid by the AAA to reduce the acreage in cultivation or the amount of LIVESTOCK raised.
The original AAA was declared unconstitutional by the Supreme Court, but a new act correcting for the Court’s concerns was passed in 1935.
Critics stessed the irony of reducing food production in a society where children already went hungry. But the reality is hunger did not equate with need in the marketplace. The reality was there were agricultural surpluses. Distribution was more of a problem.
“Acreage allotment” worked well for large farmers, but it was devastating for many tenant farmers and sharecoppers. Landlords made more for letting their land lie fallow than by collecting rents from tenants. Additionally the system did little to address the underlying problems of the Depression, the weak demand due to falling wages and unemployment.
The act was again declared unconstitutional by the Supreme Court in U.S. vs Butler in1936. Congress quickly pass the Soil Conservation and Domestic Allotment Act, and another Agricultural Adjustment Act in 1938. The AAA of 1938 provided the groundwork for all future farm legislation. Farm bills passed in recent years still have as their basis the 1938 enabling legislation.
Records of the AAA are in RG 145 (Farm Service Agency) in NARA’s collections.   These records are housed in College Park, MD.  A search of the Online Archive of California produced 529 items in 127 collections using the term Agricultural Adjustment Act.
The AAA was no exception in its support of and by the artistic community.  Have fun watching   ▸ Home on the Range.
If you are interested in more background the following links provide a good start…but keep searching, there is a wealth of interesting articles both online and off.
Posted by Catht at 1:20 PM