...and LIVE on your computer screen via Zoom.

SMCGS will be continuing our Special Interest Groups on Zoom in the comfort of your own home.
We know many of you have home schooling or work from home, so times will be determined from your input.  Here's what's on offer:

Please let us know which group you would like to join, and what are the best days and times for you.
This is your opportunity to ask questions and share tips.  Come be a part of our continuing SMCGS community!

Posted by SMCGS Publications at 3:20 PM No comments:

We love you, Steve Morse©

A friend asked me to find out about her family who immigrated from Mexico to the US in the 1920s.  It required a bit of history, as well as some plain old genealogy. 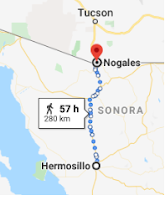 My correspondent’s mother was born in Hermosillo, Sonora, Mexico, daughter of an immigrant family from Russia.  The timing was important.  After WWI a wave of Ashkenazi Jews fled Eastern Europe for Mexico, intending it to be a stopover on the way to the US.  In 1921 there were an estimated 12,000 Jews in Mexico. [i] They must have received word of a tightening US immigration policy, because in 1924 immigration to the US was to be severely restricted. [ii

So, in 1923, five of the family members crossed the border at Nogales, Arizona, a 280 km trip from from Hermosillo.  According to the manifest, they crossed on foot, headed for an address in Hartford, Connecticut.

The Union Pacific was running from a spur at Nogales through El Paso to Topeka and Kansas City to St. Louis, where they likely switched lines, continuing on to Connecticut.  It would have taken at least 3 days for this part of the trip.


But that’s not the mystery.  The questions is, why Hartford?  California looks a lot closer. 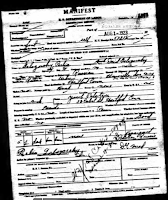 The manifest at the border showed them going to what looks like Yacob Palatine of 38 Cabot St., Hartford Conn.
Who was this?  I looked in census and street directories for Connecticut but unfortunately I couldn’t find anyone with a similar name.  This is where Steve Morse’s One Step Web Pages came in useful.

If you’ve done any genealogy, you’ve probably seen his extensive passenger lists, as well as the “one step” census finding tools.  What I wanted was a way to convert the address into an election district so that I could find out who lived at 38 Cabot St.  For this I started with the “Unified 1930 Census ED Finder”

After entering the information, the form came up with the ED of 2-69, and it had a link to take me directly to that page in the 1930 census.

Here’s how census takers work.  They visit houses by block, not street.  Usually.  To find my number I had to:
Walk down Cabot, R on Homestead, R on Sterling, R on Albany, R on Edgewood, R again on Homestead (odd numbers), and back to Cabot for the even numbers.
And there at number 38 is Jacob Palatnick, 51, a junk dealer who speaks Yiddish, his wife Bessie, and daughter Pauline.  No sign of the immigrants from Mexico, who by this time have moved on.
I went through the same process for 1920.  I could try a search on Ancestry, but the transcription of the name has changed again, so it wouldn’t work.  Back to One-Step.

We still haven’t answered the question of why they came to this family.  A little more research shows that Bessie’s maiden name was Friedman, and there were two Friedmans who came in the group from Hermosillo.  It’s likely that there is a connection.  The assumption is that they came to join family already in the US.  So there’s more work to be done. 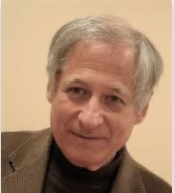 Stephen Morse is best known as the architect of the Intel 8086 (the granddaddy of today’s pentium processor), which sparked the PC revolution 25 years ago. He is also an amateur genealogist who has been researching his Russian-Jewish origins. He has taught at CCNY, Pratt Institute, UC Berkeley, SUNY Albany, Stanford University, and San Francisco State. He has authored numerous technical papers, written four textbooks, and holds four patents.

Posted by SMCGS Publications at 3:46 PM No comments: 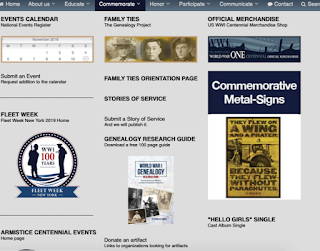 This FREE online webinar is brought to you by the Doughboy Foundation, building the National WWI Memorial in Washington, D.C. which will honor the 4.7 million veterans of WWI for generations to come. Learn more at: http://ww1cc.org/memorial Each participant will receive a free copy of the 100-page "WWI Genealogy Research Guide", in digital form, featuring hundreds of references and live links to other resources for your research. Though these are difficult times, with literally tens of millions sheltering in place, it is also an opportunity to get to some of "those" projects you have been too busy to get around to. Here is your chance to get the tools, resources and know-how to get started. You'll receive amazing advice, tips and tricks from Debra Dudek who is expert on finding WWI family heritage. You'll not only enjoy the hour with the very energetic and dynamic Ms. Dudek, but with what you take away, you can create a project that reaches across family units, geography and generations.
To register, go to https://register.gotowebinar.com/register/3714898352471574285?utm_medium=email&utm_source=govdelivery
___________________________________________________________________
Thursday, April 9th, 10AM California Genealogical Society

CGS is joining the online learning community with our first class: "Blogging to share family history" with Chris Pattillo on Thursday, April 9. This presentation is free to all.
Chris, who blogs about her family at Pattillo Thornally Ancestors, will talk about using the easy platform Blogger.com and offer tips and tricks for tackling family stories and putting them into words. The presentation starts at 10 am. If you join, please sign in by 9:45 to make sure you are able to see the program. We will send you a link the night before the class, which will get you right into our class.

To register and for more details, go to our EventBrite listing. 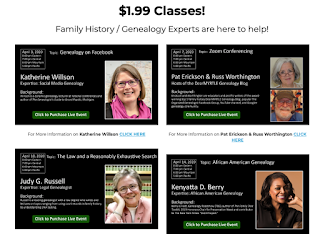 Series starting April 3rd.
Vivid-Pix www.vivid-pix.com, announced today the Vivid-Pix “Round Tuit!” (Get Around to It!) Online Education Program at https://vivid-pix.com/education that helps people during quarantine with classes priced for free or $1.99 to organize family photos and learn about their family history with the help of the world’s most respected historians, genealogists, and educators. The series is hosted by Daniel Earl www.familyhistoryguy.net and will be broadcast live each Tuesday and Friday evening, starting April 3rd, and available to view on demand at www.vivid-pix.com/education.
Posted by SMCGS Publications at 8:42 PM No comments: