Hoover Institution Archives - Part 2 of a series on local archives

As the Menlo Park Monday class continues our investigation of archives in the area, we have come across a few which seem to be little known to genealogists, yet which store a fantastic collection of resources.  Well, it depends on what you are researching.

The Hoover Institution is right here in our backyard on the Stanford campus.  There are several repositories here: the main archives, which extends underground right under Hoover Tower (yes), the library with open shelves, which is normally in the tower but is undergoing renovation right now, the exhibit space in a separate building which has rotating exhibits of historical interest, and the institution itself, which provides space for researchers from around the world.

To quote from their website: "Today, the Library & Archives that bear Hoover’s name boast nearly one million volumes and more than six thousand archival collections—in sixty-nine languages from more than one hundred fifty countries—pertaining to war, revolution, and peace in the twentieth and twenty-first centuries. The Institution's resources support a vibrant international community of scholars and a broad public interested in the meaning and role of history."

Our class went to visit a couple of weeks ago and were met by one of the research librarians who introduced us to some of the more interesting holdings in their collections.
Jean Cannon, Hoover archivist, gave us a most interesting tour of the archives and Vietnam photo exhibition.

We met at the steps to Hoover Tower.  Most of us took the Marguerite shuttle, which stops right in front.

Some of the items on display:  the orders to drop the bomb (lunch first), letters from Chiang Kai-shek, photos of Mao, KGB mug books, a piece of the Lusitania, a skull X-Ray (don't ask).

Joseph Warren Stilwell was a United States Army general who served in the China Burma India Theater during World War II. His caustic personality was reflected in the nickname "Vinegar Joe". Distrust of his Allies and a lack of resources meant Stilwell was continually forced to improvise. 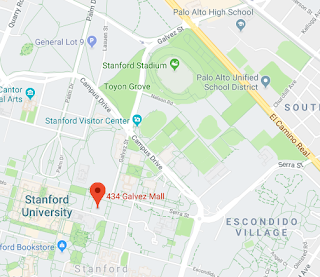 The archives are open to the public.  Registration and a photo ID are required.  Materials allowed are similar to other restricted archives.

Margaret Melaney and the
Trinity Monday Genealogy Club
Posted by Maggie at 4:25 PM No comments:

The Daily Tribune, began publishing on 1 May 1923. Its publishers were George Morrell and Dallas E. Wood of Palo Alto and its first editor was John Robinson.

In 1934 the paper returned to the use of the name, Redwood City Tribune and continued until 1979.

In 1979 the Redwood City Tribune combined with the Palo Alto Times becoming the Peninsula Times-Tribune.  The combined paper struggled through the next fourteen years but eventually folded.  According to Jay Thorwaldson, who had worked for the Palo Alto Times before the merger, it "never succeeded in reflecting its communities and was killed in 1993."[1]

Looking Across The County Line

As genealogists we know the importance of familiarizing ourselves with the geography of the area we are interested in. Where is that county in the state? What are the neighboring counties? Where exactly is our town of interest situated and is it near a county line?

We also know that we need to have at least a general knowledge of the history of the area, so that, for example, we know when records of various types begin.

All of this information we can gather from The Handy Book for Genealogists or usgenweb. But what we usually can’t find in such sources as those is the institutional history of the area, which can have a great impact on our ancestors’ daily lives and the decisions they made.

The old Palo Alto General Hospital building still exists on the Stanford campus, easily visible from El Camino Real, lying just to the south of the front parking lot of the Stanford Shopping Center. Today it is called the Hoover Pavilion located at 211 Quarry Road.

As with birth, so with death. Many Redwood City residents will have died not in San Mateo County but in Santa Clara County prior to 1950. To this day many will be buried in that county as well. Union Cemetery in Redwood City was closed to most burials except those of paupers in 1918, and Holy Cross Cemetery in Menlo Park was for Catholics only. Once again, for those living in southern San Mateo County, the nearest institution was south, across the county line, in Santa Clara County—Alta Mesa Memorial Park at 695 Arastradero Road, Palo Alto. It was much closer than the cemeteries of Colma, and, of course, the climate was much better.

So if you have not found births or deaths or burials of residents of Redwood City or southern San Mateo County look south across the county line. 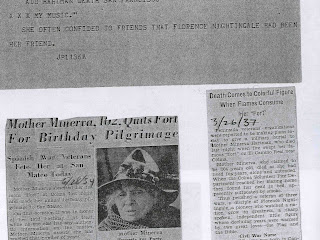 The SMCGS Clipping file is a small, but growing, collection of articles about San Mateo County residents.

Researchers are encouraged to submit articles about early San Mateo County ancestors to aid others researching the same families.  If desired contact information for the submitter will be supplied to anyone requesting copies.

Index to the SMCGS Clipping File 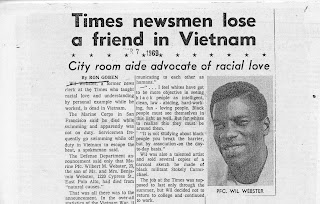 Copies of clippings from this collection can be obtained by contacting the Research team at SMCGS.

Posted by SMCGS Publications at 5:51 PM No comments:

Barry Hinman and Mary Lou Grunigen volunteer at the San Mateo County Genealogical Society library located at Canada College in Redwood City. They welcome members of the Society and visitors who would like a tour of the library and an introduction to its holdings. They are also available, of course, to consult about genealogical problems or research strategies. They are there from 1:00-4:00 on the second Tuesday of every month if the Canada library is open to the public on that day. 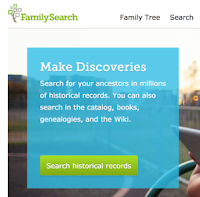 Thu, Oct 11, 2018 – Workshop: Getting the Most Out of FamilySearch
Christine Bell Green PLCGS

FamilySearch is a powerful (and free) genealogical program that is constantly growing and changing. This hands-on workshop allows users to experience the records, the catalog, the Wiki – and learn which records can be accessed at home and/or at a Family History Center.
Cost $5 SMCGS members, $10 non-members

Christine Bell Green is a professional genealogist and teacher at Palo Alto and Mountain View/Los Altos Adult Schools. She is a past-president of SMCGS.

A Year in Salem: The Witchcraft Crisis of 1692
Gay Scott

Join us for a Halloween meeting looking into what happened in the Salem witch trials. Gay will delve into witchcraft roots from Mesopotamia to Europe and England leading up to the witchcraft crisis of 1692 in Salem, Massachusetts. Gay's 7x great grandmother was accused of being a witch in Salem in 1692.

Gay Scott has a love of history and is a member of the Mt. Diablo Chapter DAR, the Anne Hutchinson Chapter Colonial Dames of the 17th Century, San Francisco Chapter Magna Charta Dames and Barons and now the Associated Daughters of Early American Witches. She is married with two children and three grandchildren. She told her two grandsons that now they could be members of the Sons of Witches but they didn't seem too interested.


Posted by SMCGS Publications at 12:41 PM No comments: