Records from the Great Depression

Before delving into the genealogical wonders of WPA records in a future issue, it is worth mentioning some of the “other” Alphabet Soup agencies and boards set up during the Franklin Roosevelt administration.  Whether your ancestor was an employee of the agency or one of those regulated by its mission you might find wonderful background information and perhaps a lucky few will find actual information on an ancestor. Many FDR agencies are still active today. 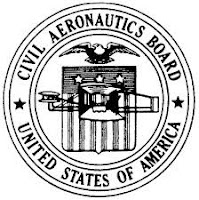 The Civil Aeronautics Board was created to regulate the economic aspects of United States air carriers, to help establish foreign air routes and services and to investigate civil air accidents. It was preceded by the Aeronautics Branch (1926-1934) and the Bureau of Air Commerce (1934-1938).   It absorbed the Bureau of Air Mail, Interstate Commerce Commission (1934-1938), the Civil Aeronautics Authority (1938-1940) and the Air Safety Board (1938-1940).  The Civil Aeronautic Board’s authority was abolished effective 1 Jan 1985 with authority going to the Federal Aviation Administration.  Read more at History of FAA and it’s predecessors 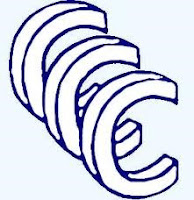 The Fair Labor Standards Act, enacted in 1938, was the last major piece of New Deal legislation intended to reform the economy, and it is still with us today. This law established the minimum wage, which at the time was twenty-five cents an hour. It also set the standard for the 40-hour work week and banned the use of child labor.  Enforcement is by the Wage and Hour Division of the Department of Labor.
§  San Francisco has 76 cubic feet of WHD Region 9 (AK, AZ, CA, HI, ID, NV, OR, UT, WA) case dated from 1939 to1971. 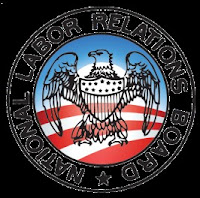 The National Labor Relations Board  was created by the National Labor Relations / Wagner Act of July 5, 1935. It replaced two earlier boards: the National Labor Board (NLB), established August 5, 1933, and a first NLRB, established on June 19, 1934. When the National Industrial Recovery Administration (NIRA was declared unconstitutional in May of 1935,  the first NLRB ceased to function. The second NLRB, was tasked with determining the unit of employees appropriate for collective bargaining, conducting elections for employee representatives, and to force employers to end specified unfair labor practices in industries other than the railroads and airlines. Functions have subsequently been modified by the War Labor Disputes Act of June 1943, the Labor Management Relations / Taft-Hartley Act of 1947 and the Labor-Management Reporting and Disclosure / Landrum-Griffin Act of 1959. All three boards utilized a system of regional boards to deal with labor controversies in the field.

The National Resources Planning Board was created by the Executive Office of the President, Reorganization Plan No. 1 of 1939,  to advise the president on the development of national resources in cooperation with state and regional planning boards.  It replaced the Federal Employment Stabilization Board (1931) and absorbed the functions of the National Planning Board of the Federal Emergency Administration of Public Works (1933) and various successors. The NRPB planned public works, coordinated Federal planning relating to conservation and efficient use of national resources, and encouraged local, State, and regional planning. The NRPB was abolished by an act of June 26, 1943.

Originally Published in the CSGA Newsletter Jan-Feb 2014
Posted by Catht at 7:23 PM