A Story of Every Page #3

Here we have a most unusual journal entry.  It speaks for itself. 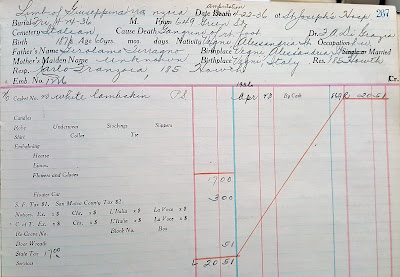 It appears that body part reunification is available. Giuseppina died in 1942, and there is no mention of her leg in the entry for her death.

Research on this unusual event leads us to: “Disposal of Amputated Members; Catholic Physicians’ Guild,” July 1948. (After the fact for our case; interesting nevertheless.)

One thing leads to another, and so now we have the tale of Santa Anna. You may recall, he was the Mexican politician and general who fought to defend New Spain and then for Mexican independence. He lost at the Alamo in 1936 and retreated to Mexico.  Several years later, in 1838, he was hit in the leg by canon fire. He ordered the leg to be buried with full military honors. He had many “legs” over time; one was reportedly used by soldiers of the 4th Illinois battalion as a baseball bat.  Santa Anna had a replacement leg made which is displayed in the National History Museum in Mexico City. Wikipedia

Sometimes, you just can’t make this stuff up.


Your Genealogy: Research,
Organize, and Solve
with   Michael John Neill 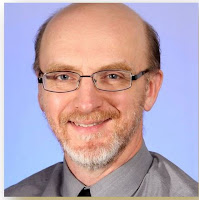 The focus is YOUR genealogical work.
-      Methodologies and examples of discovery.
-      Ideas to move your research forward.
-      Approaches to interpretation of results.
Join us for Michael’s practical and down-to-earth presentation with just the right amount of humor.

He is a National Lecturer on Genealogical Research.

Please go to smcgs.org/programs/seminars for more information.
Posted by SMCGS Publications at 10:05 PM

Email ThisBlogThis!Share to TwitterShare to FacebookShare to Pinterest
Labels: Valente