Last Monday a few intrepid members of the Menlo Park genealogy class took a train to San Francisco, a streetcar to the wharf, and then walked right off the Hyde Street Pier into the history of San Francisco’s maritime industry.  We didn’t even get our feet wet! 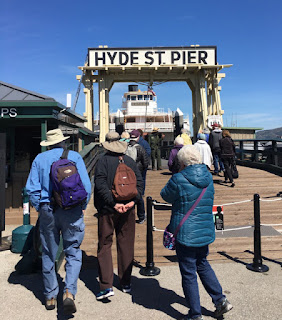 Our guide, an enthusiastic National Park ranger named Alan, took us aboard the Eureka ferry boat and the schooner C.A. Thayer, which carried fish, and then lumber, along the California coast and as far as the South Pacific. 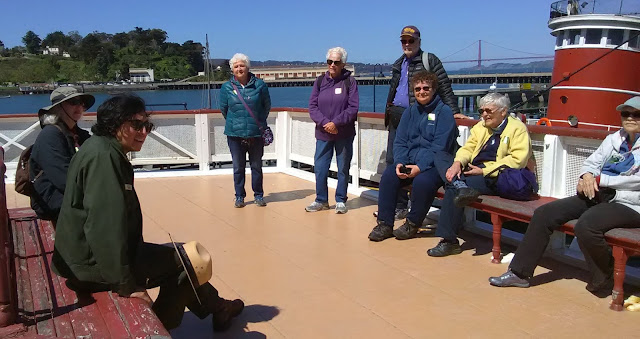 For many of us, this was a stroll through our family history.  Several folks recalled family tales of ancestors sailing on such a ship, or buying lumber off the pier.  We tried to imagine what it would be like sleeping in the hold of the ship when it carried cod from Alaska! 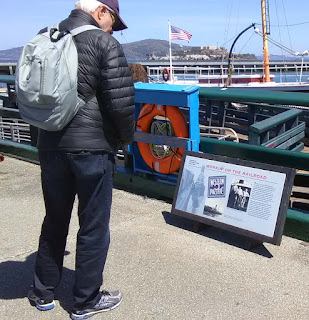 The car ferries when still running when I was a child, and I remember traveling with my grandmother as she drove her car up - or down (the tides) into the bottom of the ferry in Berkeley.
We were able to get out and go up top to enjoy the trip, then had to rush down as docking was announced in San Francisco.  There was even a restaurant which served what must have been the first truly fast food on the trip across. 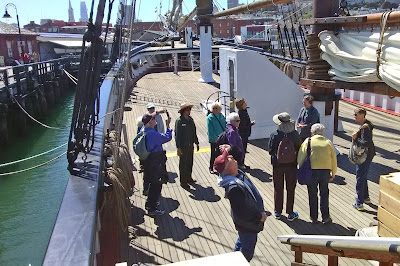 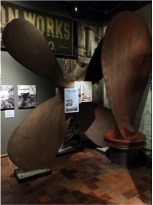 After a lunch out on the pier, we went across to the National Park Service visitors center.  A few years ago, when I first visited, it was a small display area and a room for videos.  It’s now much larger with several dioramas, a boardwalk, a crashed ship(!), and displays of store fronts selling goods imported from Asia and Europe.  You can see below your feet some of the objects found during various excavations of the waterfront, the graveyard of gold rush ships.  There are Park Service rangers on hand to answer questions, and several videos and interactive maps. 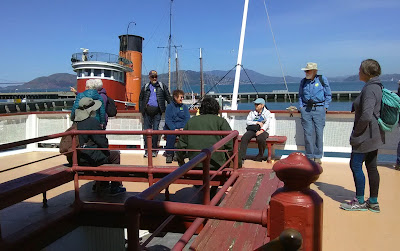 Guided tours can be arranged through their website at https://www.nps.gov/safr/index.htm 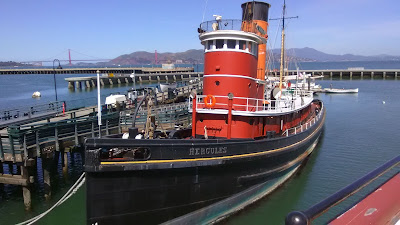