On 3 Jan 1943, the US War Department purchased 128 acres of land east of El Camino Real from Wells Fargo Bank & Union Trust Company.  An additional 11.94 acres were leased from Claude Lindsay.  Here, in anticipation of the need to care for wounded soldiers returning from Pacific operations, they built a hospital.  Originally named Palo Alto General Hospital it renamed Dibble Army Hospital to honor Colonel John Dibble.  He had been killed in an aircraft crash in 1943.

This land, which had been the estate of Mark Hopkins and included the mansion known as Thurlow Lodge, which was built in 1864 by William Eustace Barron, was quickly developed.  By the end of 1943 there were 115 buildings providing 2700 beds. Dibble specialized in care for the blind, neuro-psychiatry, orthopedics and plastic surgery.

Menlo Park in 1943 was still a small town.  The only store on Santa Cruz Avenue was on the corner of El Camino according to Dr. Bernard Silber who was transferred from Letterman Hospital in San Francisco to the new hospital.

The town grew with the new activity.

With the end of the war, the General Services Administration terminated the lease of 7.52 with Claude Lindsay on 31 Oct 1945. By 31 Jul 1946, the hospital was closed.  The remaining lease acres as well as 127 .27 acres that had been purchased were turned over to the Federal Public Housing Authority.  The FPHA returned the rest of the leased acres to Lindsay.

The .88 acres that remained were turned over to the War Assets Administration on 5 August 1946 an additional 41.607 acres were given to the WAA on 7 May 1947.  The WAA quit claimed their holdings over the next two years to the Methodist Church, Sequoia Union High School District, the Menlo Park Sanitation District and the City of Menlo Park.

The remaining 85.644 fee acres were utilized by FPHA for student-veterans housing purposes at Leland Stanford Jr. University (Stanford Village) beginning 15 March 1946.  The village consisted of 300 apartments for married students and 1500 dorm beds.  By 1953 the population was already waning as student housing became available on campus, but it wasn't until 1964 that Stanford Village was closed down. 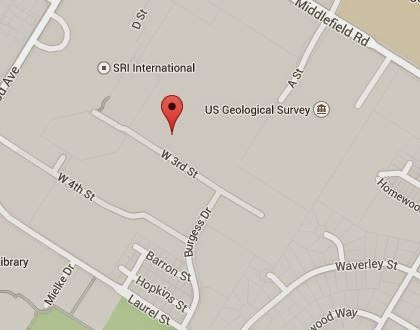 The site of Dibble General Hospital is currently occupied by: